Nothing is Worse Than Slow Sites and

“Finally, Discover How to Generate Traffic With Pinterest & Get More Clicks With This Simple and Easy to Follow System”

It’s a fact that Pinterest is huge and has tons of prospects waiting to find you.

According to Shopify - from their analysis of over 25,000 online stores - they found that the customer who initially comes to Pinterest, via Facebook or Twitter, will spend about twice as much as those who don’t. These are just some of the countless amazing statistics from Pinterest. If you're a business, then you'll want to tap into this market.

According to new research, “Roughly 25% of consumers reported purchasing a product or service after discovering it on Pinterest.”

Compared to most social media sites, Pinterest decreases the amount of steps users take from discovering something interesting to a conversion.

But here’s the problem.

In fact, you may have tried it and not gotten any results and thought, “This doesn’t work.”

However, you have to do it properly and provide what we call, “Pin Worthy” images.

You’re competing against thousands of other images, so how do you survive?

What should you put in your images?

How should you lay out your funnel?

Is there a blueprint or a formula to this madness?

This step-by-step, 9-part video series takes you by the hand and shows you exactly how to Understand How Pinterest Works

...and How To Get Real Targeted Traffic to Your Pages and Optins! 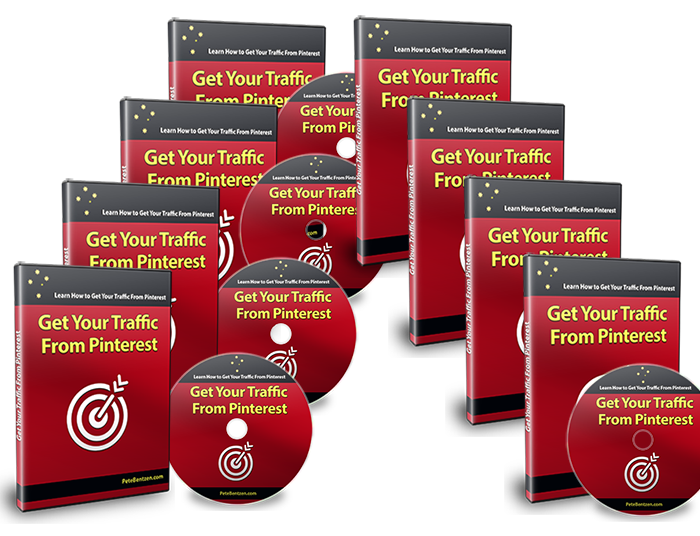 Here's a list of the videos and What You will Learn, in more detail.

Video #1 - Introduction - What We Cover

While everyone else is pinning their hearts out and wondering why it’s not converting, you’re going to be doing something else.  In this video, we’re going to make sure you have the right mindset, so you can successfully implement this strategy.  To goal is to ensure you’re not thinking like everyone else.  You’ll get an idea of what tools you’ll need as well.

Video #2 - About The Platform

Before we get started, it’s crucial that we’re on the same page.  You’re excited about learning how to use Pinterest to get traffic, but to ensure your success is high – we want to make sure you’re hitting the bullseye or at least close to it.  Part of understanding how to get traffic from Pinterest and convert it, is understanding how it ticks.  How it’s different from others is crucial and is a much-overlooked part of the process.

Once you understand how Pinterest works and what type of people go to it, we’ll talk about the images that you add to these boards.   It’s obvious that you’ll be competing with 1000’s of other businesses or individuals, so your images and other visual content must be extremely high quality.  But how do you go about creating these high-quality images?  What if you don’t have the funds to hire a graphic designer?  Where do you go?  What do you do?

When it comes to creating a funnel that generates traffic and converts it into sales, it comes down to congruency.  This is an overlooked concept and you need to understand how to apply it in your funnel.  So, in this video, we’ll cover each step of the funnel and what you need to do, step by step.

No, we’re not talking about houses here, but virtual real estate.  In short, the size of your image matters a lot.  You’re going to discover the secret image type and shape that converts the best.

Video #6 - What is An Attractine Pin

Once you understand the best converting shape in Video #5, you’re going to learn how to apply that to real life.  You’re going to learn what tools you need to create a very attractive pin that will turn ugly and boring content into eye-catching pin worthy content.

As we’re talking about images, I’m sure you’re asking:

“Ok, what exactly am I supposed to put inside the graphic?” “Is there a blueprint or a formula?”  Yes, there is and that’s what we’re going to cover in this video.

Now that you understand the formula, how do you go about getting ideas on what images to use?  In this video, we’ll reveal a hack that you can use to find trending pins in your niche and reverse engineer it to find your competitor’s secret sauce.

Congrats, you’ve completed the course!  This is sort of a bonus video that will make your pinning easier.  Pinning lots of high quality images is crucial and you want to schedule their release as much as possible. But how do you do that when you’re sleeping or on a vacation?  We’ll discuss some tools that’s worked well for us that will automate this tedious and time-consuming process.

Grab this video course and learn how to generate high converting 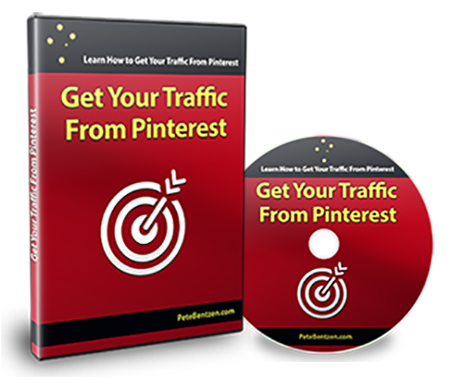 Add this product to Your Arsenal Right Now,

P.P.S. Unless YOU take drastic action right now, nothing is going to change. Don't wait any longer!